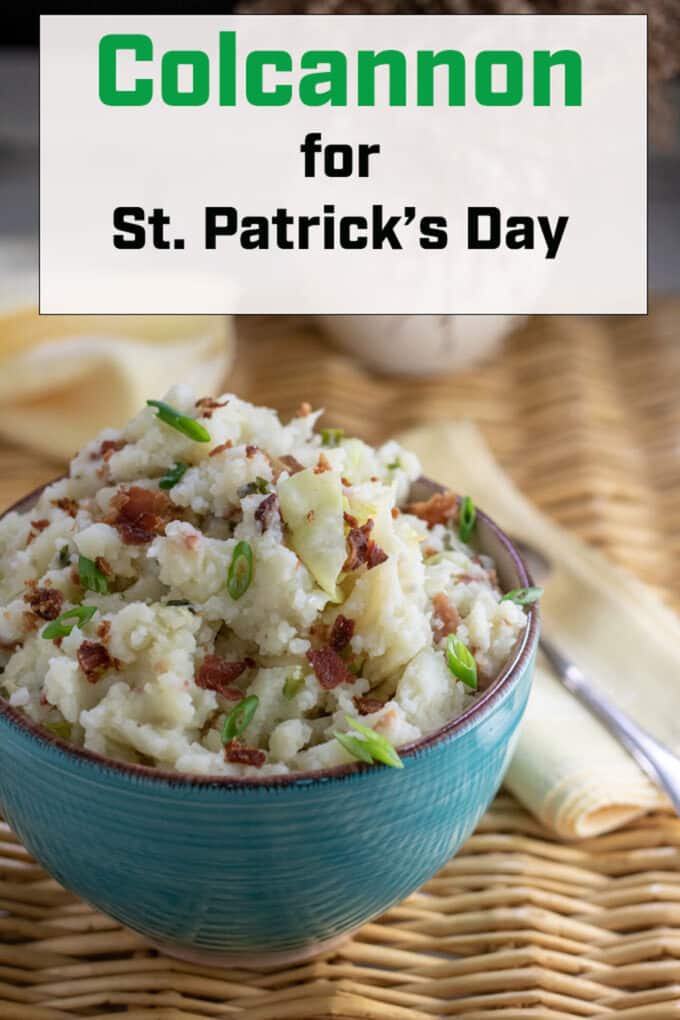 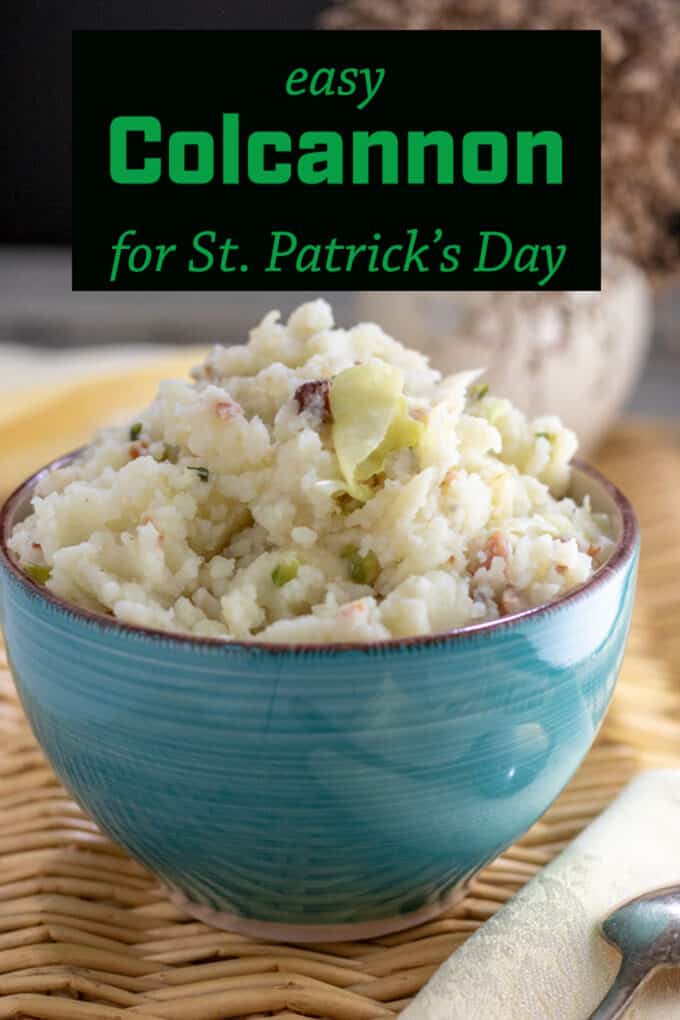 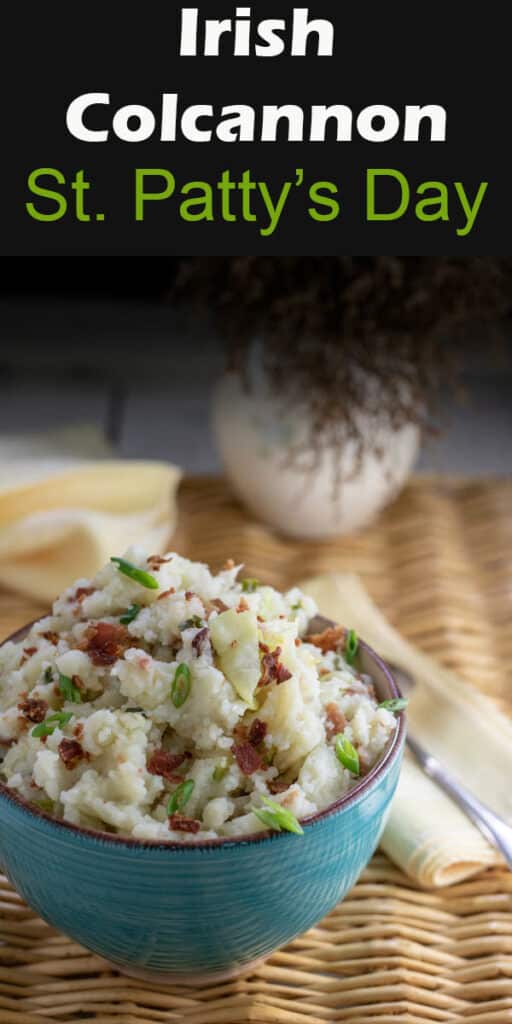 Colcannon is an Irish dish that has been around for centuries! It is super easy and normally served for St. Patrick’s Day in the US!

Contrary to popular belief, in the United States, it was not normally served in the late winter, on St. Patrick’s Day!

Colcannon is a simple side dish made with mashed potatoes mixed with cabbage or kale and onion or leek.

Interestingly, it was considered a fortune-telling food! There was a trinket hidden in the casserole. The individual that got the trinket had their fortune told for the year. A coin meant they would come into money, a rag meant poverty and a stick meant that your spouse was likely to beat you!! (Good luck on that!) 😂

The first reference to Colcannon was in the mid 18th century in a diary from a Welsh traveler that had enjoyed the dish, while visiting Ireland! By this time, it seems, colcannon was a staple food in Ireland!

There is a debate on when the potato actually arrived on the shores of Ireland, but it is generally believed it was in the late 17th century. Once it got to Ireland, it was soon mixed with kale or cabbage, which would have been fresh from the garden in mid to late October. You guessed it. Colcannon was traditionally served on Halloween!

Can Colcannon be Frozen?

Simply, yes! This freezes well for several months in an air tight container. Reheat the colcannon in the microwave, in a double boiler on the stove, or make Colcannon cakes! They are simply delicious!

What to Serve with Colcannon

Colcannon can be served with just about any meat. The usual stars that this easy dish is served with are; bangers, or fresh sausage, corned beef, and mutton or lamb. It is also a great accompaniment to corned venison, beef, chicken or pork, as well!

Leftovers can also be used as a topping for shepherd’s pie, instead of the normal mashed potatoes! It will also bump up the vegetable in the dish!

How to make it

Serve. That is how simple it is to make this different side dish! Next time you are making plain old mashed potatoes, try this interesting side dish, instead!

Due to my background in horticulture, I had several readers request a tutorial on Vegetable Gardening. So if you have interest in the subject, these posts are packed full of information about how to get that big harvest by the end of the season!

Don’t miss my How to Start a Garden Series! The first part is Planning Your Garden!

Second is Preparing the Garden Site.

The third is Choosing Plants and Planting Your Garden.

The fourth is Garden Maintenance, and the last is Harvesting a Garden and Preserving the Harvest, this post has over 100 FREE recipes for preserving your harvest!

Other Delicious Side Dish Recipes on Binky’s Culinary Carnival

Tools I Use to Make Colcannon 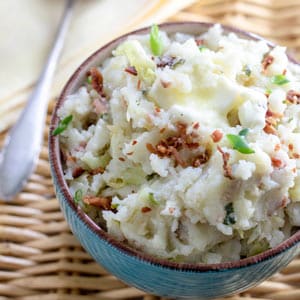 Colcannon is an Irish dish that has been around for centuries! It is super easy and normally served for St. Patrick’s Day in the US, but great any time of the year!
See Step by Step Photos Above!Most of our recipes have step by step photos and videos! Also helpful tips so that you can make it perfectly the first time and every time! Scroll up to see them!
5 from 12 votes
Print Pin Rate
Course: Side Dish
Cuisine: European
Prep Time: 20 minutes
Cook Time: 30 minutes
Total Time: 50 minutes
Servings: 6 servings
Calories: 185kcal
Author: Beth Neels
Cost: $2

This post may contain affiliate links, which means I get a small commission if you click the link and purchase something, at no additional cost to you. See FTC Disclosure, here.

Welcome! Thanks for stopping by! I am Beth "Binky" Neels, wife, mother of 2 boys and 3 dogs! I will impart tips and tricks I have learned over the years, to make cooking easier and fun for you!

Subscribe to our newsletter so you don't miss a recipe